Remainder of a South Florida Condo Building Was Demolished Overnight

SURFSIDE, Fla. — For more than a week, as search-and-rescue teams pushed deeper into the heap of concrete and tangled metal that had formed Champlain Towers South before it fell, officials and engineers looked with fear at the portion of the building that still stood.

The building was teetering. Now, a tropical storm was approaching Florida, threatening winds and rain. The structure had a strong chance of collapsing on its own, officials said, imperiling rescuers and complicating the urgent effort to find 121 people who are still missing. And so on Sunday, the remaining part of the tower was prepared for demolition with a controlled explosion, as officials announced they had no other choice.

The demolition took place at 10:30 p.m. Sunday after officials warned nearby residents to stay inside.

Still, even the prospect of the explosion created new distress, like concerns about disturbing the area where the missing are trapped or adding to the complications of the search, as relatives watch and wait.

And for some residents who survived in what was left of the building, the demolition could mean losing everything they had left behind: cherished family photographs, a crucifix from a trip to the Vatican, wedding rings that had been stashed away. Some wrestled with a mix of gratitude and anguish.

“I’m 58 years old — my whole life is there,” said Deborah Soriano, who fled her unit on the 11th floor with just the clothes she was wearing and her purse. “I know this is nothing compared to people’s lives, but I also — this is what we have to hold onto.”

“As much as I feel bad for myself,” she added, “I feel like I shouldn’t be feeling like this.”

The loss of material possessions, many said, mattered far less than the desperate need to press forward in the search for the missing. The demolition required a delicate effort by engineers, who had to balance the push to move swiftly with concerns over keeping any new debris away from the area where the missing are believed to be. Twenty-four people have been confirmed dead; 121 others remain unaccounted for since the collapse on June 24.

“We need to get this building taken down, and we need to move forward with the rescue of all those people that are still left in the rubble,” Charles W. Burkett, the mayor of Surfside, where the beachside condo complex collapsed, said in an interview on Sunday on the CBS program “Face the Nation” before the demolition took place.

The search for the missing has been halted since Saturday, but officials said it would resume as soon as possible. Officials were worried about the arrival of Tropical Storm Elsa, which could deliver violent winds and flooding to the region. Weather forecasters said that Surfside was unlikely to see the worst of the storm, but that high winds could be dangerous if what was left of the damaged building had remained. The storm is expected to hit Florida by late Monday or early Tuesday.

“Our top priority is that the building come down as soon as possible,” Mayor Daniella Levine Cava of Miami-Dade County said on Sunday. “As soon as the building does come down and site has been deemed secure, our search-and-rescue teams will immediately resume operations.”

Officials acknowledged that the demolition was likely to create new anguish for the residents losing their possessions and beloved mementos, as well as for families still waiting and hoping for news about missing relatives.

At least half of Champlain Towers South, a 13-story, 135-unit condo complex, was brought down in the collapse.

Since then, the integrity of the other half has been a significant worry. Officials and engineers feared that the structure would come down at some point. Demolition, they said, would allow them to manage the situation with greater control.

Engineers say they have designed a plan for the explosion to steer new debris from the damaged building in a westward direction, away from the area where rescue workers have focused their search. Officials have also said that they will be able to move around areas that they had earlier avoided out of fears that the remaining building might fall.

Magaly Ramsey, whose mother, Magaly Delgado, died in the collapse, said that survivors of the collapse as well as family members of those killed or missing were informed last week of the plans to demolish the building.

The body of Ms. Ramsey’s mother was recovered last week. Ms. Ramsey said the discovery had brought a measure of closure.

She said she knew that many other families had not had that kind of resolution. The demolition ultimately could help speed up the search, she said. “I think it’s a blessing,” she said of the demolition.

Some residents who had lived in the part of the complex that was demolished fled with little more than the clothes they had on and whatever they could grab on their way out. They had not been permitted back into the building, though officials surveyed it.

Steve Rosenthal, 72, said he left with only his iPad, his cellphone and six pairs of Hanes underwear. “It’s not like a hurricane, where you have three to four days to prepare,” he said. “You had 10 to 15 minutes — you have no time to search for your birth certificate.”

Mr. Rosenthal said he regretted leaving one item in particular: “My mom’s marble night light — I had it in the hallway,” he said, through tears. “She’s had it since I was 13 years old.”

Susana Alvarez, a resident, fled using the fire escape, wearing just her pajamas and slippers. “All my stuff is still there: my mother’s wedding ring, my father’s 18-karat gold watch that my mother gave him when they got engaged in Cuba,” she said.

Still, she came to see that the demolition was inevitable and accepted that. “I don’t think anybody thought they were ever going back in that building,” Ms. Alvarez said.

Law enforcement officials said that it was highly unlikely that residents would have an opportunity to pick through any debris now for personal items. Already, investigators who had been inside the building before the demolition have collected and documented some items, which owners will be able to claim.

“That’s still a very dangerous site,” Alfredo Ramirez III, the director of the Miami-Dade Police Department, said during a news conference on Sunday. “But our detectives are very mindful, and very respectful, of any type of family heirlooms that we come across.”

Ms. Levine Cava said that the building had been swept three times in a search for pets, and that none were believed to remain inside.

Raysa Rodriguez, 59, said she remembered looking around her apartment in the building just before she fled after the collapse. She said she saw her jewelry and other possessions, but left without them.

“None of this matters,” she recalled thinking, noting that she had survived cancer and now this.

“I don’t want any of that,” Ms. Rodriguez, a retired postal worker, told herself. “I can just start over, little by little.”

She grabbed her purse and her passport, and hurried down the stairs. 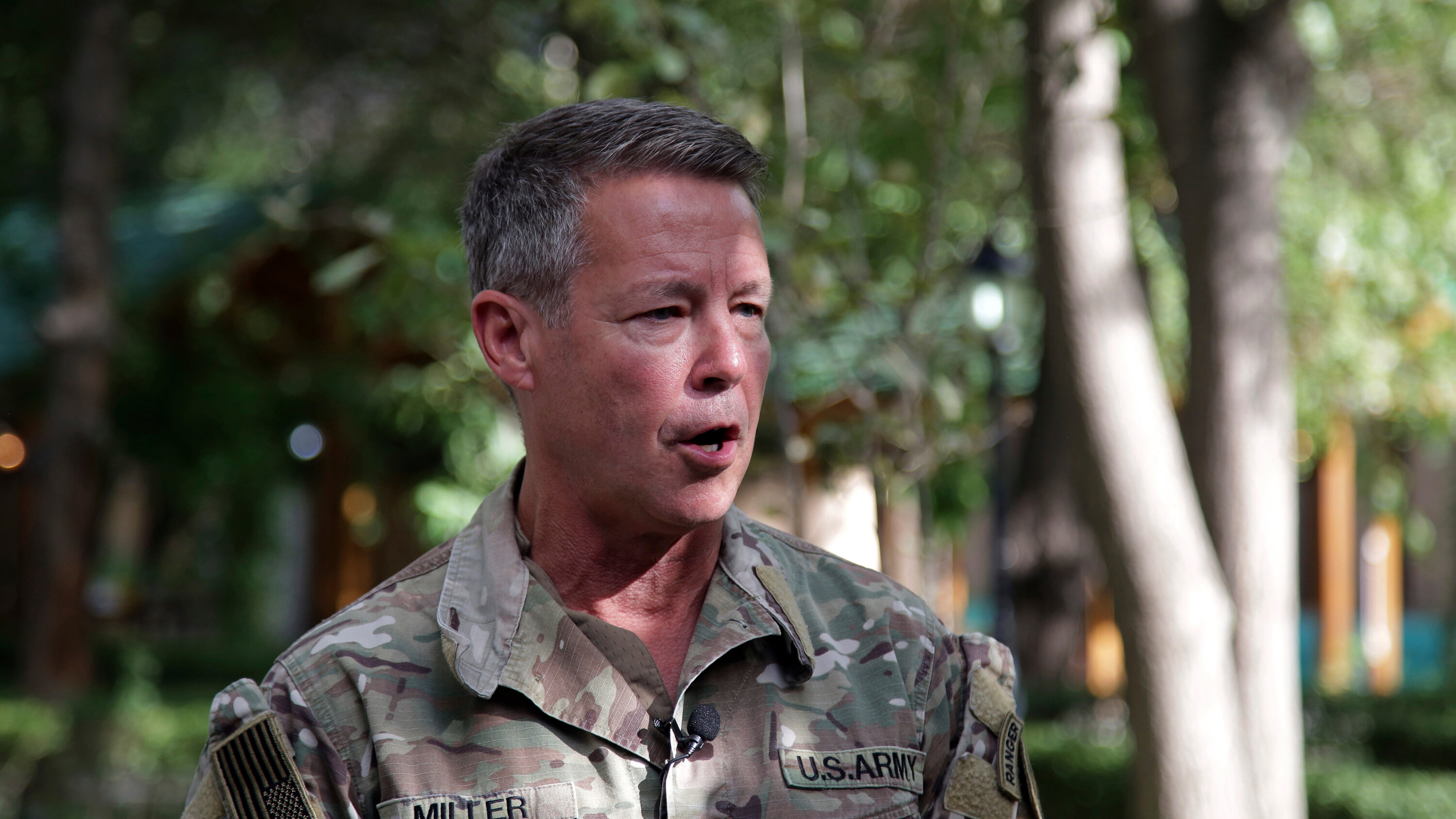 Pentagon Seeks to Soften Blow of U.S. Withdrawal From Afghan...