His monetary situation hit the skids three months ago when a judge ruled he was on the hook for $218,000 of Bezos’ legal fees for a failed libel lawsuit against the billionaire for a nude photo scandal.

While that is less than the $1.7 million Bezos wanted, Michael still needs to fund his legal fights – he refiled defamation claims against two tabloid execs, David Pecker and Dylan Howard, in January over a March 2019 press release claiming he was the sole source of raunchy text messages and nude selfies the National Enquirer obtained in its reporting on Bezos’s affair with his sister, Lauren Sanchez. The amended lawsuit also names the National Enquirer’s former parent company, American Media Inc., as a defendant.

The house Sanchez owns with Casey Ashby, a marketing executive with Gucci, is on sale for $2.5 million, according to Dirt.

The site notes the home is a 1930s French Regency villa, located near the Sunset Strip, with lots of privacy. The 2,109-square-foot home has three bedrooms and 3.5 bathrooms.

The home also has many floor-to-ceiling windows and skylights, a kitchen with marble countertops and top-notch appliances. The bedroom offers city views and a bathroom with marble floors, a steam shower and a tub.

As her brother flails financially, Lauren continues to live the high life with her lover, and in February jetted off to Cabo for a vacation with Bezos – yet another relaxing jaunt for the couple who have been seen in glamorous locales all over the world, from Saint-Tropez to the Balearic Islands. 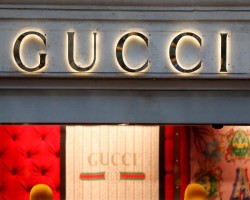 Everything isn’t Gucci: Trademark law and the secondhand lux... 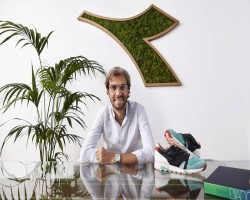 Diadora Chairman: "Sustainability must be something you... 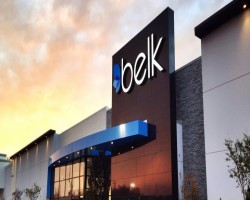